The capital of Kemenesalja that has been rapidly developing in the recent years is only an hour drive from Kőszeg. The Vulkán spa opened in 2005 in the town center is an ideal destination for those who do not like the hustle and bustle. In addition to the spa, Celldömölk offers rich and diverse tourist attractions, one highlight of which is the natural environment of the Ság Mountain.
The Ság Mountain is the remnant of a volcano that erupted five million years ago. Tuff layers created by the erupting volcanic dust were covered with lava that solidified into basalt. This basalt cover with its thickness of around hundred meters protected the easier eroding layers, allowing it to survive as a 291 meter high butte. The mountain’s crater even captivated filmmakers: Eragon was shot here in 2005. The Trianon cross erected by the people of Kemenesalja 14 years after the Treaty of Rome on the top of the mountain is visible already from a distance.
Another highlight is the nearby 220 meter high Kissomlyó butte that was formed by volcanic eruption around 3.9 million years ago. Its most significant tourist attraction is the Király-kő (King’s stone) basalt rock. According to folklore, King Béla IV found refuge here, while fleeing from the Tatars. 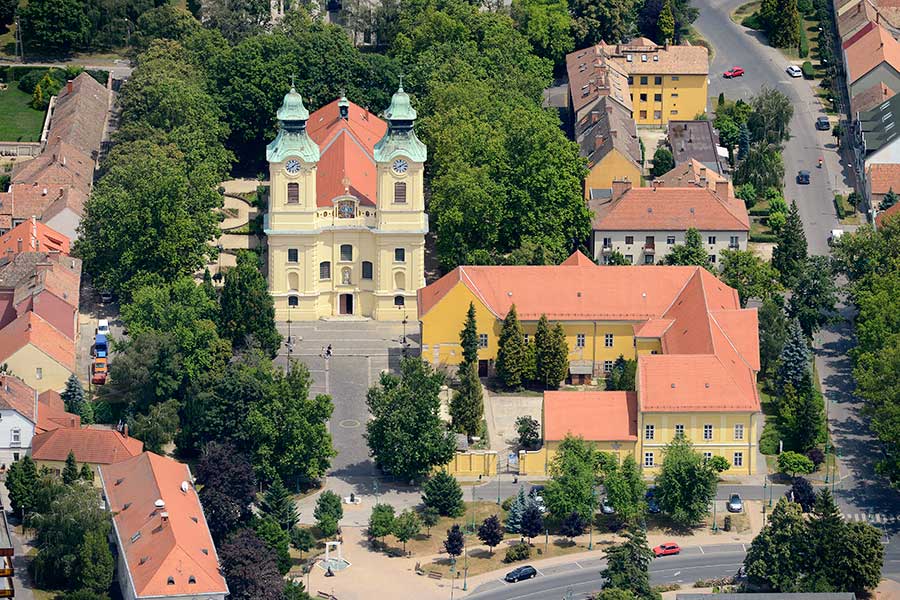 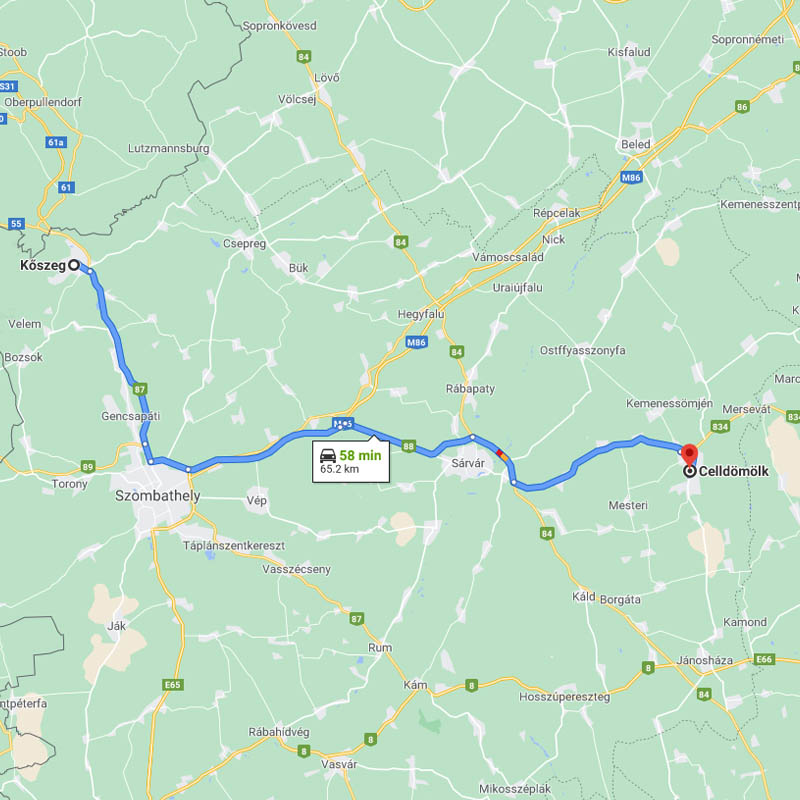